Gambia is a very long and narrow country situated at both riversides of the Gambia River that crosses the whole country from the east to the west where it finishes in the Atlantic Ocean.

The aim of the Government of the Gambia is to construct a Rail System along the country. This might contribute towards improving the social and economic conditions of the country and -no doubt- is going to help enormously in the way of further development.

It’s very important to connect the Gambia Rail System with the continental railway, just to allow the movement of people and goods along our neighbor’s countries: in North-South direction (Senegal, Guinea) and East-West direction (Mali). This is a great opportunity to increase the market´s relations among all of these countries.

It is also very important to integrate the train with the port and airport, as can be seen in our plans. There are fixed places where it is interesting to establish a logistic merchant point, the position of dots of interconnection with other kinds of transport (docs or bus station).

The more dynamic area is the Great Banjul Area. This area concentrates more than 50% of the Gambia´s population.

In Banjul it is established includes the Government and Administrative organisms, the main transport infrastructure facilities (Banjul Port and Yundum Airport).

In the coast of Kombo is easy to imagine the development of important touristic resources.

That is why this Section (called Section 0 Banjul- Yundum Airport) has been separated from this study and it has a more detailed and faster track one by itself.

As future forecasted developments in the Great Banjul Area, the following sections are included;

–           A new future railway near the west coast that will give service to the future touristic development.

For the rest of the railway this study includes its full length that will be developed in the long term.

The main Banjul railway station includes 2 passenger´s decks each one serving 2 double rails and the administrative area of the Railway Authority. But we also define a commercial area (shops, coffee shops, fast restaurants…) and a passenger’s hotel. It is located at the entrance of Banjul.

Around the station, we have foreseen a great public square that has not Banjul. The activity of the station and the port and the near educational or commercial equipments are going to give a great vitality to this space.

In architecture are things typical of the culture of one country, but some dimensions are universal. The main one´s are space and treatment of light. In our project of stations we want to investigate upon this dimensions although they could be built up with different technologies (industrialized versus traditional), different constructive systems (steel, concrete, wood, cane), and finished with different colors or texture.

How is the space of a station? How is expected to be the treatment of light? A train station is the place of hope, of a new, better conditions, but is also a place of uncertainty. We can offer a space and a light treatment that try to help in creation of an atmosphere of pleasant and comfort.

The main geographic feature of the Gambia is that is a country actually divided by a river. The construction of the railway is going to operate a change: Gambia is going to be a river´s country joined by the train. The project of the main train building -Banjul station- wants to offer homage to the Gambia River: in the middle of the station there is a great courtyard with a lake, trees and flowers. This natural pool will create a natural space of serenity, beauty, and calm for the people waiting the arrival of the train.

The responsible of this aim is a structural element especially efficient: the arc and the vault. Simplifying, the station has two main parts, the lobby where is offered information and we can buy tickets, and the place where we await the arrival of trains. Between both parts, we find the mentioned courtyard. The space of the passenger´s deck is form by a double arch slightly bended that support a vault. In the middle of this double arch is an entrance of sweet light over the waiting area of the platform. There is also another open space in the top of the vault to allow the entrance of light and the exit of locomotive´s smoke and hot air. This singular dynamic space is repeated four times, just to cover the platforms and to allow the establishment of a commercial area and a residential area. We can imagine in future some shops, offices of the railway authority, open market, restaurants, coffee-shops and a passenger´s hotel. Finally, the four vaults are crossed by another transversal vault.

All this offers a contemporary building, respectful with traditions, that brings the idea of modernity of a country proud of itself.

We offer in this project the idea to create a great park immediate Banjul by the regeneration of the marshlands of Crab Island. Once it could be partially drained, cleaned and reforested, it is going to be an example of the natural ecosystem of the Gambia River. 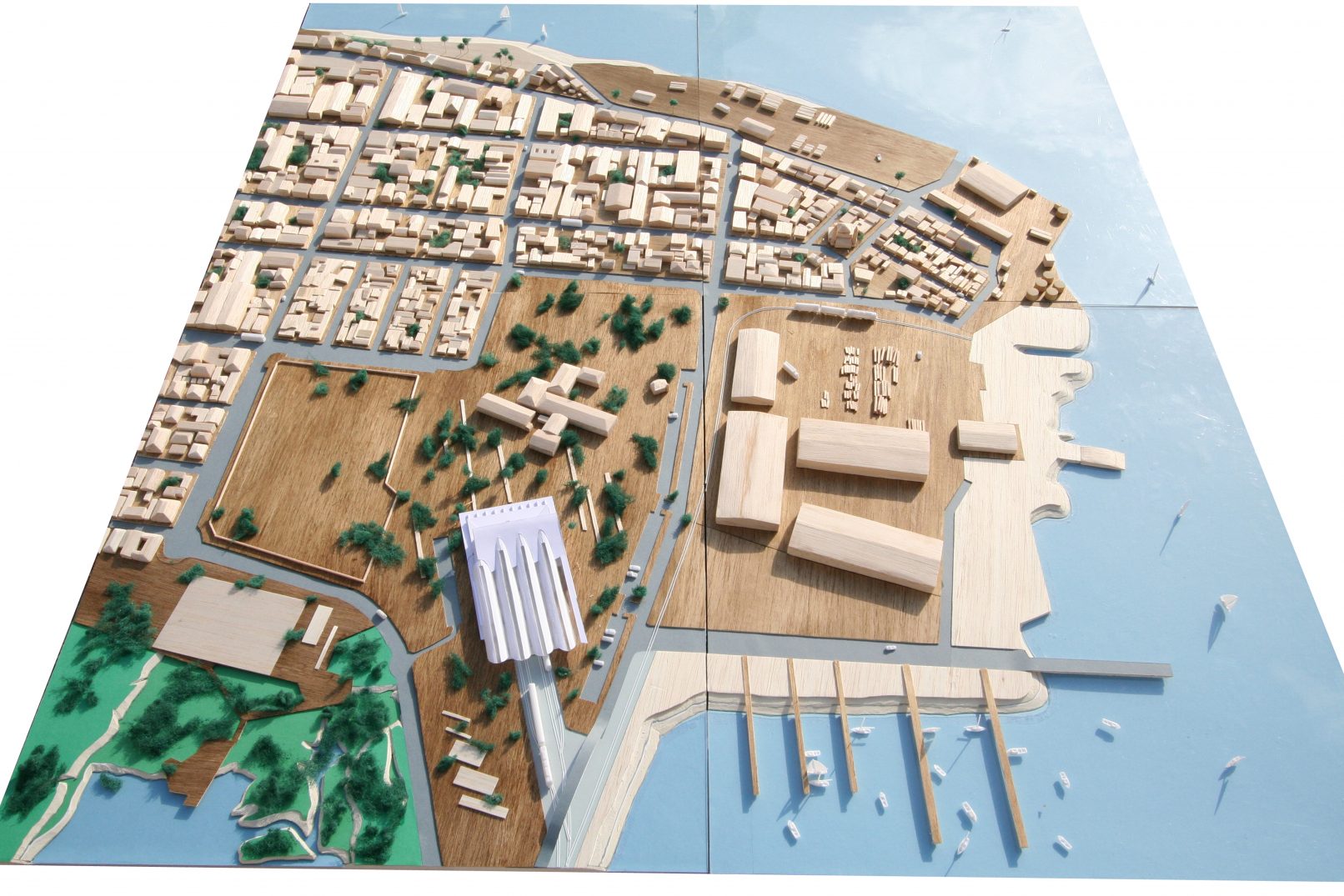 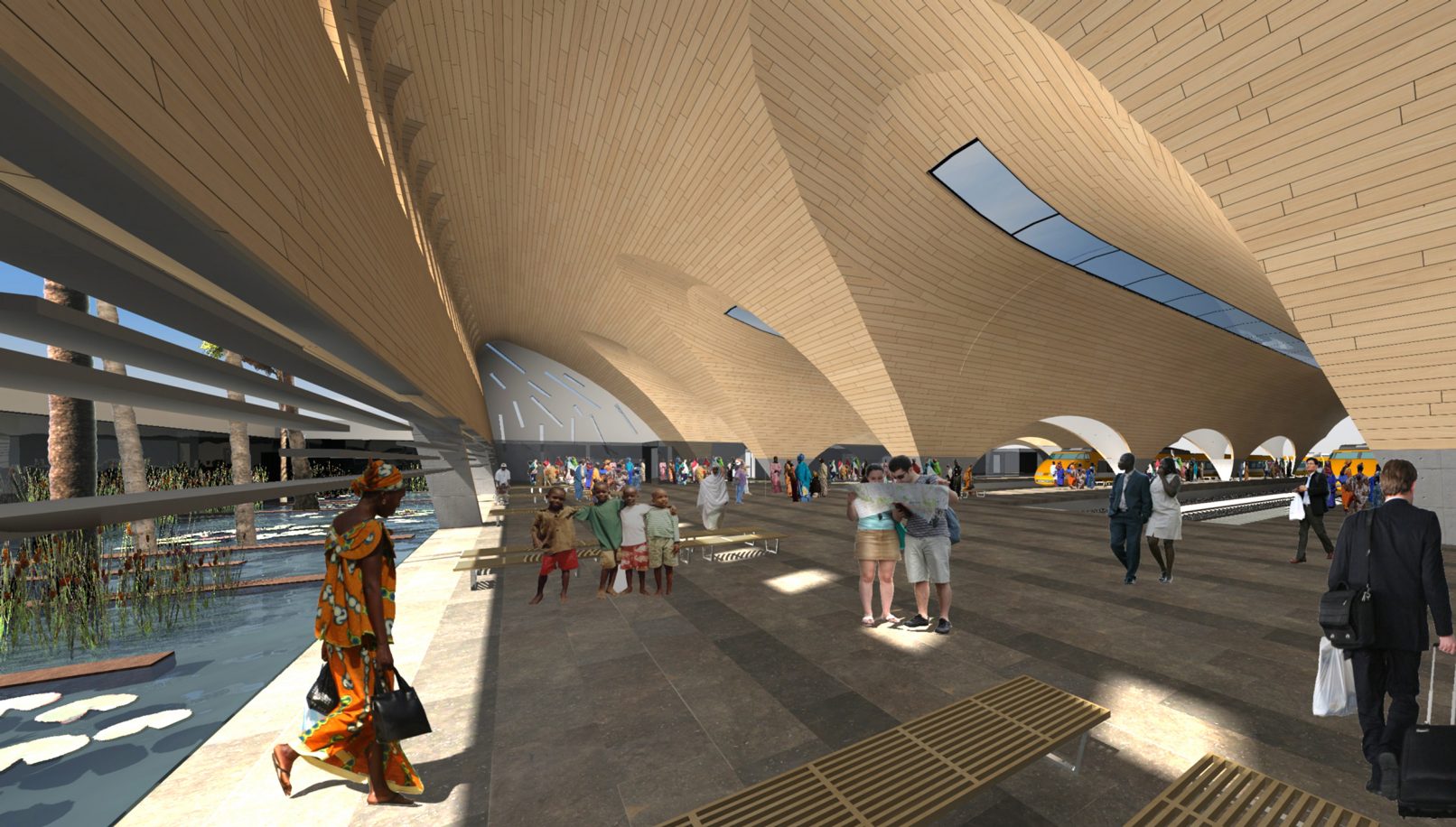 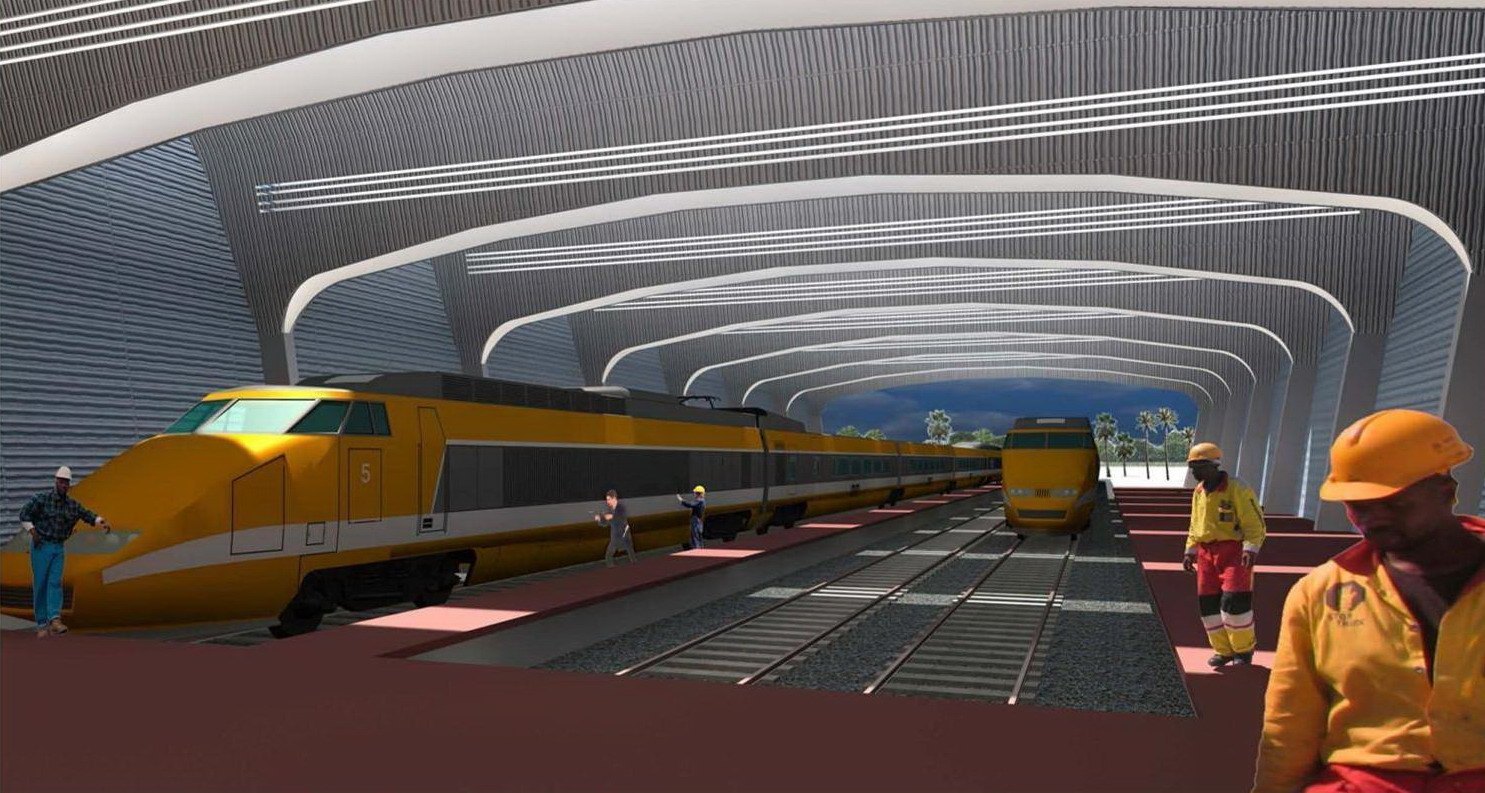 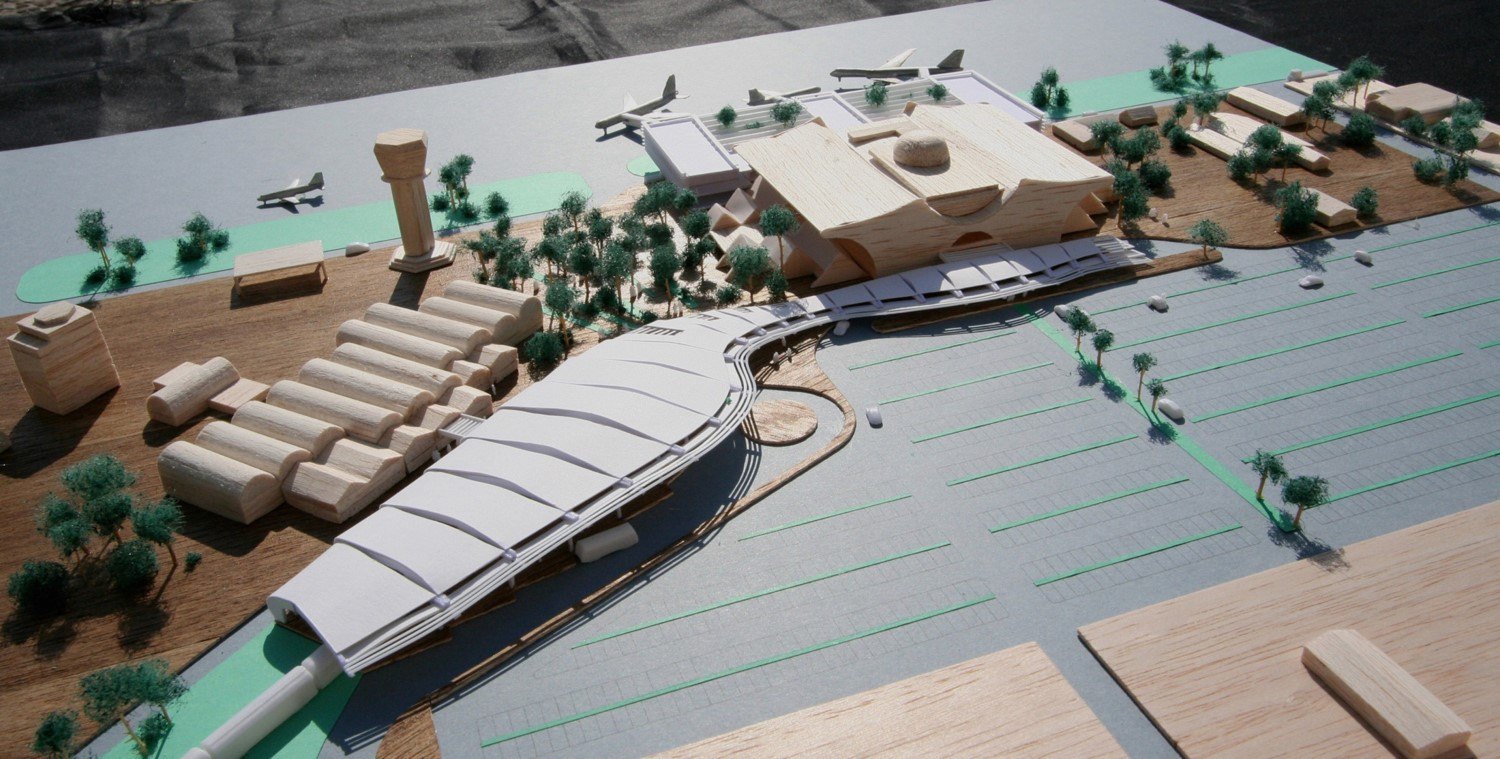 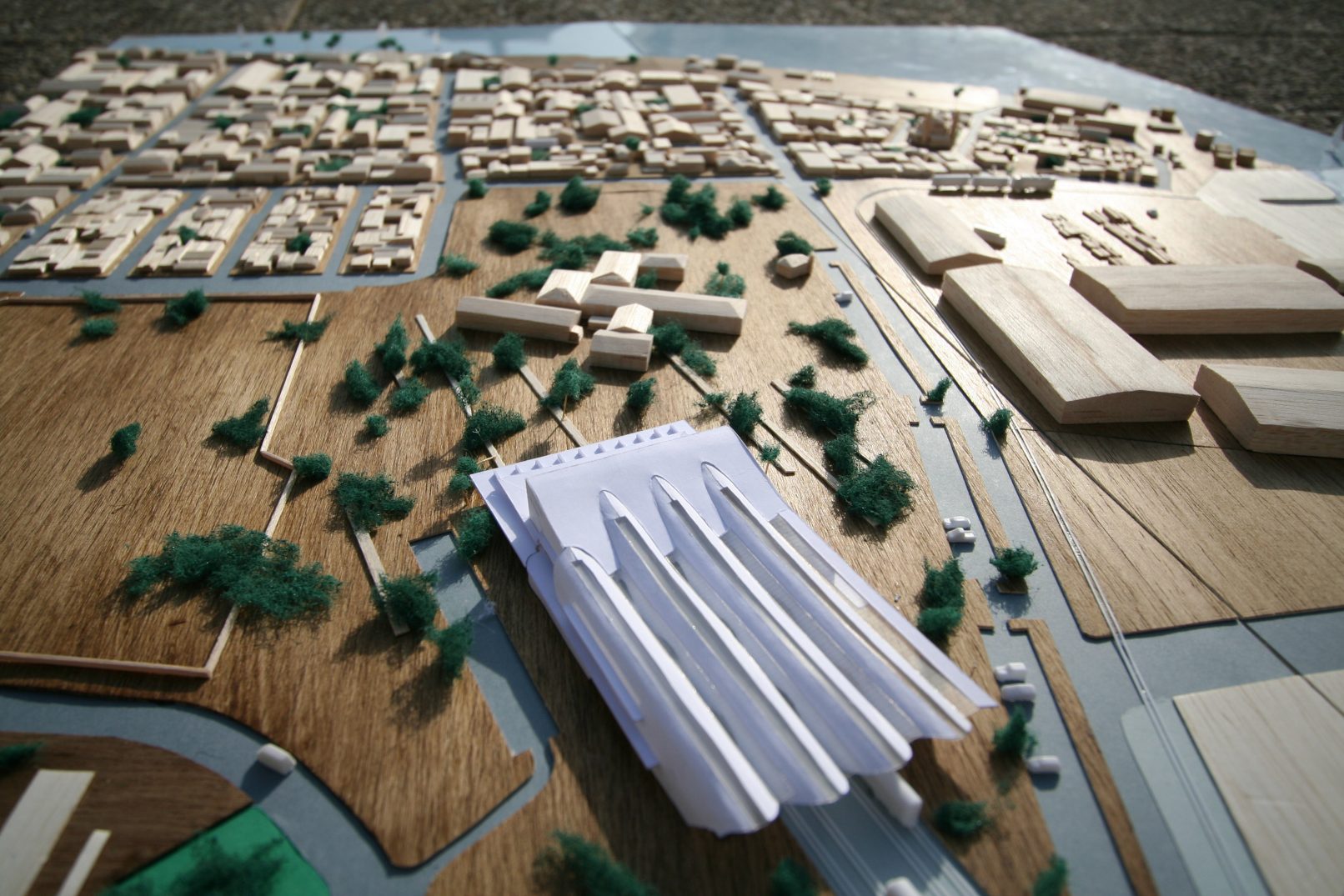 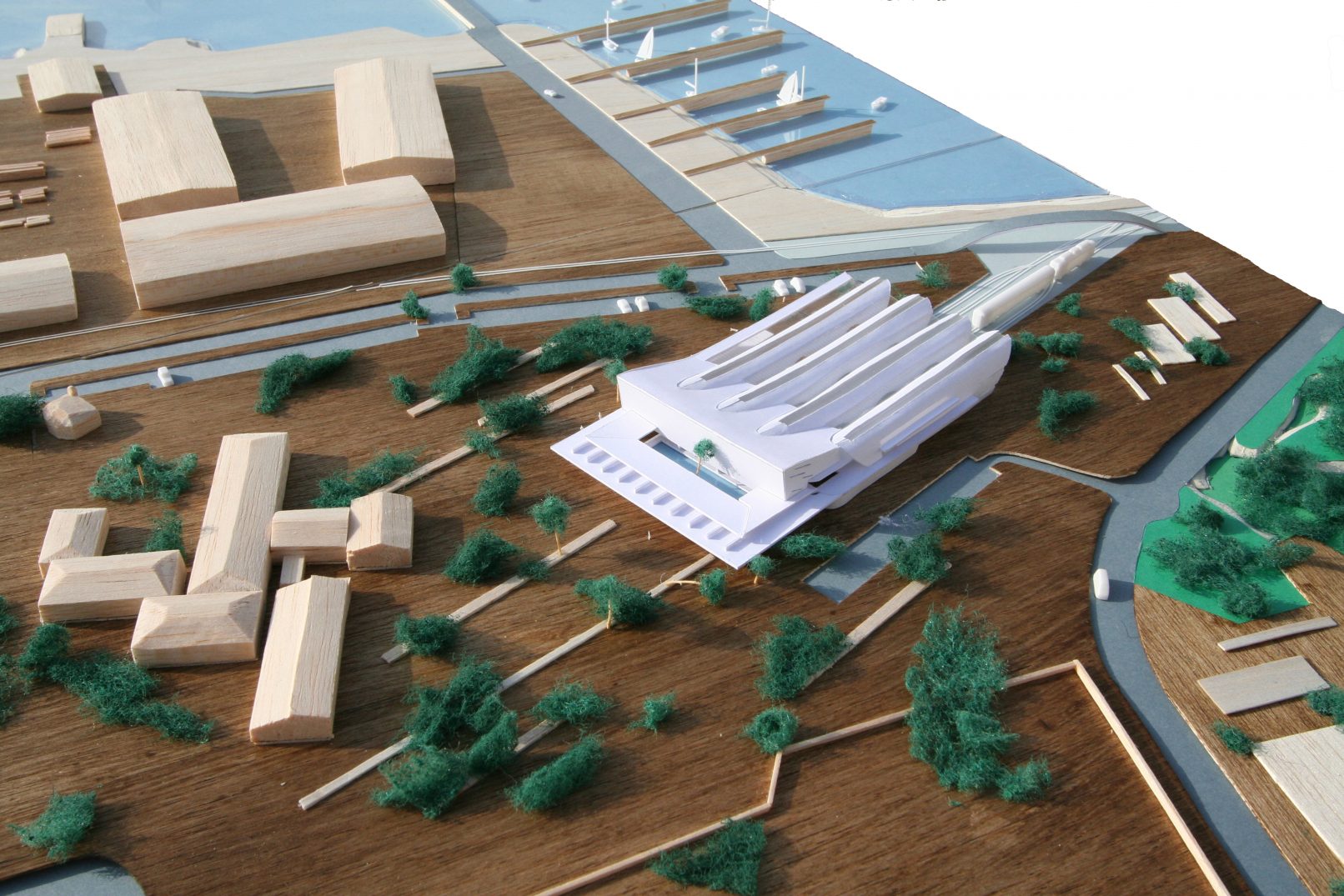 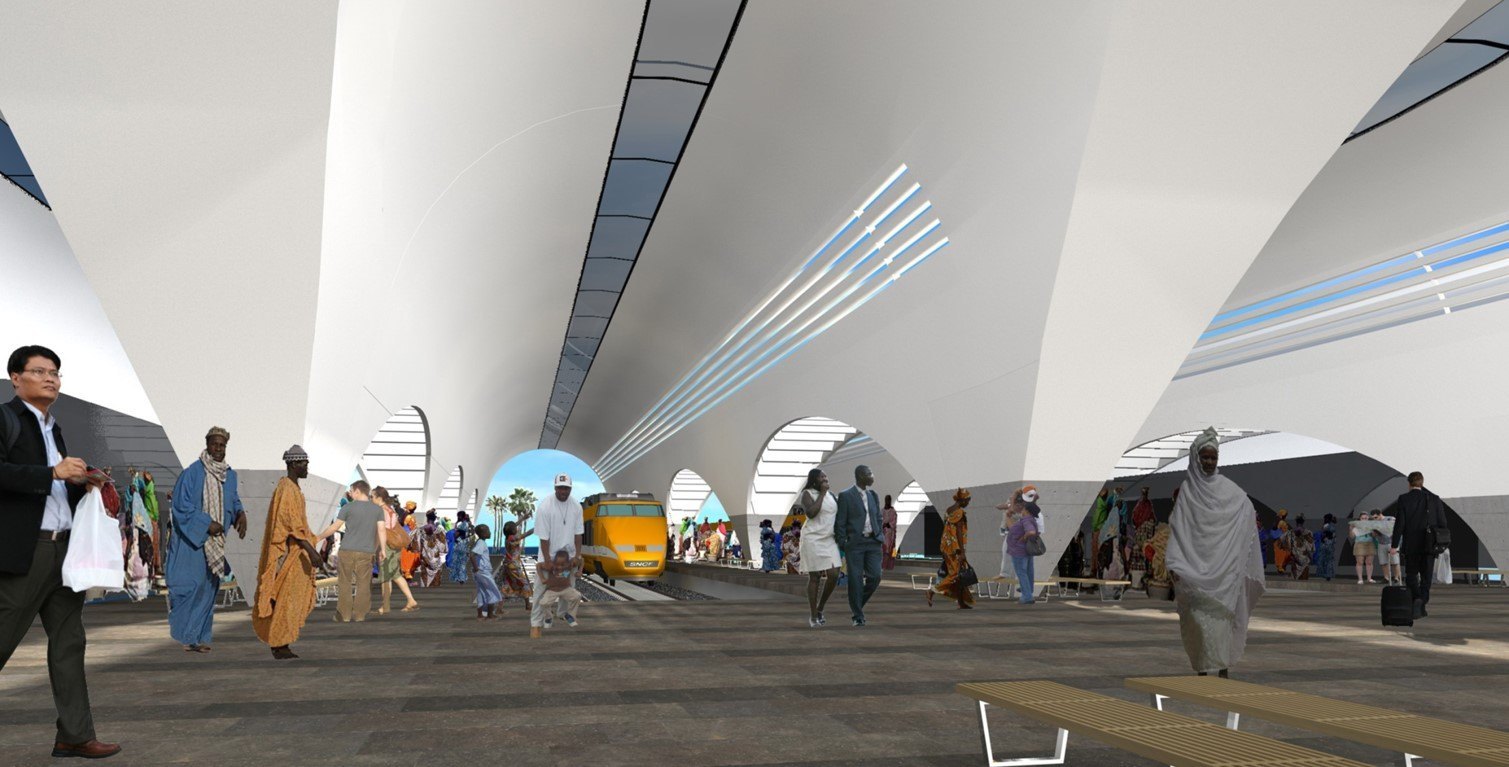 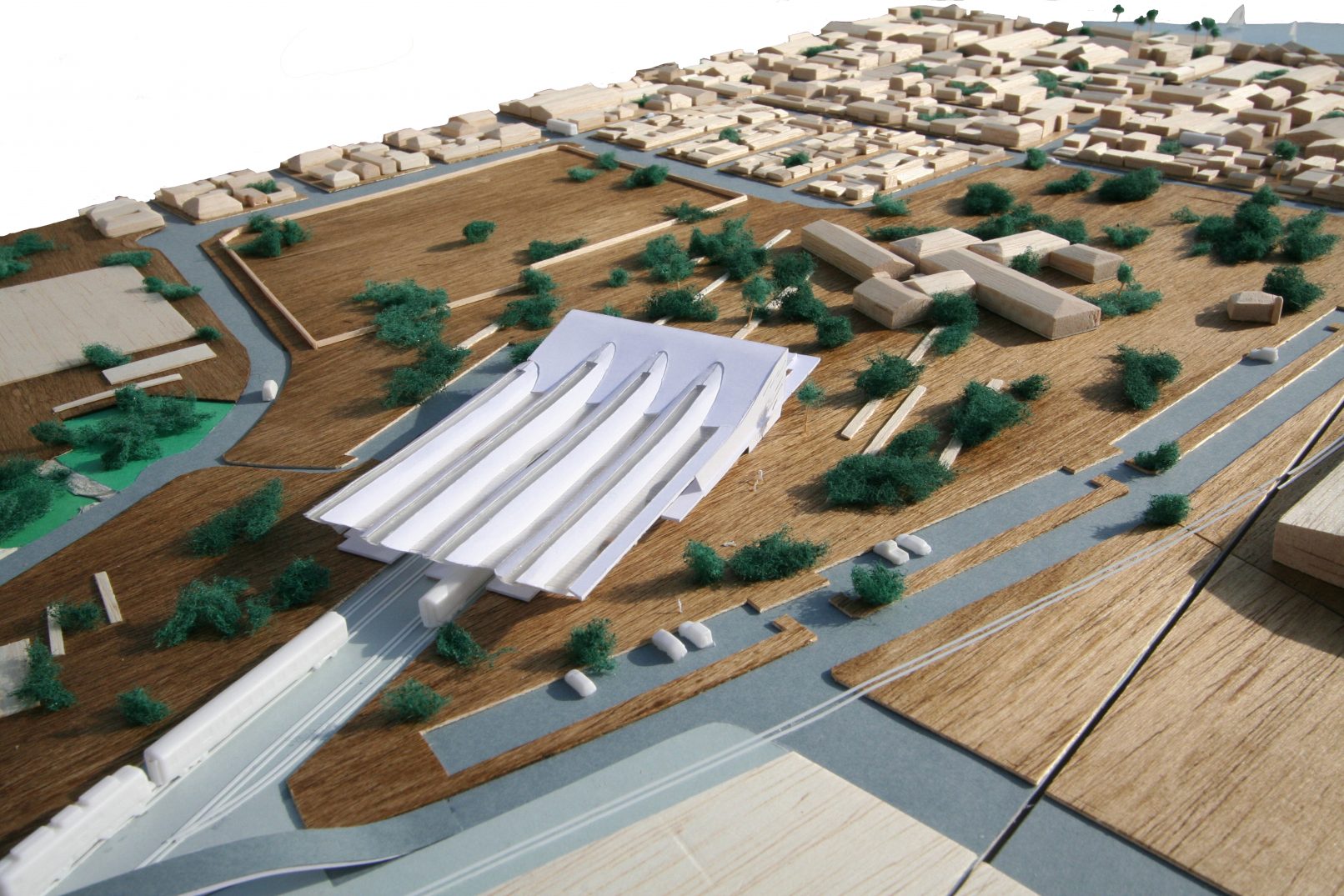